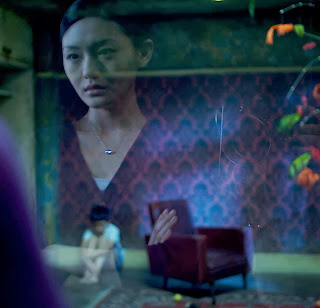 Synopsis
In Taipei, after a number of unsuccessful attempts in order to obtain proof of what appears to be signs of paranormal activity, a photographer, paid by a team of ghost hunters, finally seems to capture the presence of a ghost child in an empty room of an old building. Taking the investigation one step further, the team’s leader and scientist Hashimoto decides to use his own invention – a magnetic cube which can split itself and capture energy of any form – to capture the energy of the child’s spirit in the empty room. At this point in the story, Hashimoto contacts a specialized lip reader detective in order to help his team understand the words the ghost continuously murmurs. For different personal reasons, both characters try to find why the ghost’s energy does not tend to dissipate and why the boy’s soul is still persisting contrarily to what should be expected.


In the actual Asian cinema panorama and considering the number of clichés and déjà vu occurrences I’ve previously experienced, I must confess my own skepticism when it comes to Asian cinematographic horror movies involving ghost stories. Silk was nonetheless a pleasant experience to watch, although the opening scenes may seem particularly confusing and disconnected, as a significant number of elements and cinematographic genres appear to be carelessly mixed. Accordingly, in less than fifteen minutes, the viewer is introduced to a terrible harmless paranormal activity hunting, followed by a few confusing elements of the sci-fi component of the movie, an extremely displaced action scene expected to contextualize the main character’s life and diffused details of an apparently complicated mother-son relationship. Subsequently, thirty minutes may be needed to allow the viewer to find the leitmotif that will guide him through the film. However, from this point on, Silk gains contours of interest by intelligently creating a concise atmosphere of mystery capturing the different essences and genres for which the film initially proposed itself. Hashimoto’s team appears to conclude that the boy’s ghost tends to follow a fixed pattern of activities, ultimately freeing him in order to better understand his actions, with further investigation revealing his identity, tragic story and the fact that, along with his foot steps, a trace of silk seems to be observed.

The character development appears to be particularly vehement and revealing, at some points, for both main characters. The viewer is introduced to Hashimoto’s profound disconnection from reality and Tung’s relationship with his mother who has previously fallen into a coma, being on life support and tormenting his son, who believes she’s staying because she hates him. Additionally, the film allows the viewer to explore the different presented dualities of the story, as interestingly enough, both Tung and Hashimoto come to different conclusions at the closing stages of the movie. Are a ghost’s actions only representative of the most significant events of his life? Are the observed silk connections the result of eternal love or hate? According to the movie, when you die, your energy can only last for a short period, then disappearing forever. Nonetheless, a few ghosts appear to be able to stay around longer than expected. In this case, is love, hate or an external energy source the reason to sustain a ghost for a longer period of time?

Visually captivating, an ineffective number of special effects were however also used, as commonly observed in any ghost story – sporadic silly moments (as having a ghost appearing in a bowl of noodles) or terribly CGI edited scenes (with ghosts being thrown away from a car crash) are examples of what could have been easily avoided. The sci-fi component is not particularly explored during the movie, although it seems obvious that this might have been the director’s will. Satisfactorily performed, following a particularly well-developed plot and (most importantly) a different path from any similar cinematographic adaptation of a ghost story, all in all Silk is able to mix a large multitude of interesting elements, having a fairly unique and unexpected angle on a ghost story. 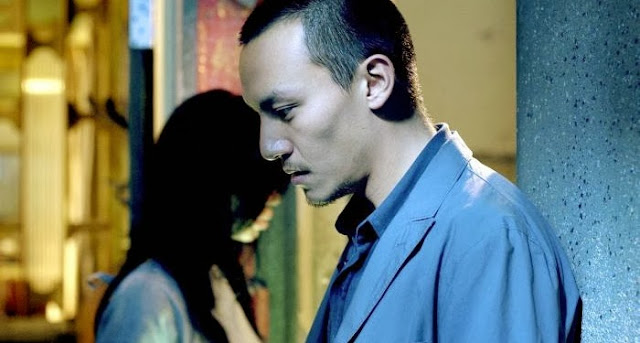 Email ThisBlogThis!Share to TwitterShare to FacebookShare to Pinterest
Under : Taiwan